The 7th Annual Squamish Mountain Festival went out with a bang. Thunder and lightening rolled in this morning. But the real thunder was the applause that erupted later this afternoon when Elise Sethna of Banff, Alberta, set a new women’s world record dyno jump with a leap of 2.20m! Check it out here: New world record dyno jump.  The sun came out to shine on the competitors at the The Flashed Dyno Comp. There was a huge field of men (over 20) , which ensured it would be a fierce battle to claim the top spot. Local boy Marc Andre-Lerclerc took it, being the only competitor to dyno without a fall until the very last round.

The crowd loved it all and cheered on the competitors who came from as far away as Boston, Texas and Mexico. Look below for some photos I took at the Dyno Comp.

I wandered around the trade fair today talking to some of the manufacturers and suppliers. I spent some time at the Black Diamond tent. They have got some impressive innovations in the pipe. Eddie Whittemore the Black Diamond rep showed me the Magnetron belay carabiners. These are the ones with a magnet that clicks and releases a locking feature on the gate.  Some people seem skeptical of these, but having held one and opening and closing it a bunch of times I think this will be a solid piece of gear. There was no easy way I could see of the thing opening on its own. You need to place two fingers on either side of the gate to release the magnet.  I don’t know about you but there have been times when I’ve forgotten to screw the gate closed on my HMS biner, so an simple auto-lock seems likes a nice idea. Eddie says these are going to be in the stores in September.

Perhaps even cooler than that were new Camelot X4’s. These are double axles in the bigger sizes, single axles and off-set in the smaller sizes. The cams feature  narrow head width, with a flexible aluminium protection stem, (single) and centred thumb piece. Eddie says these are due out next March. Here’s a photo of one Eddie had at the table. 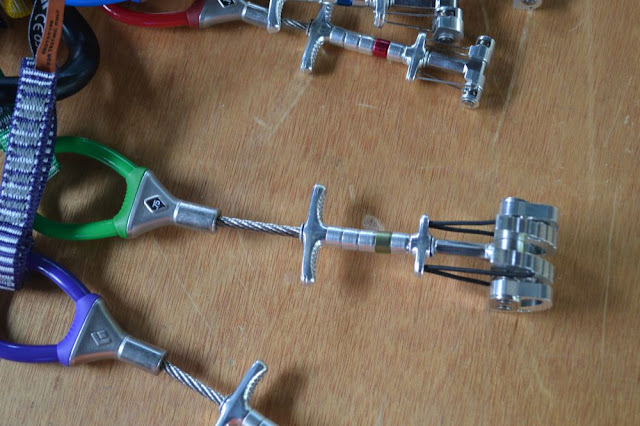 It’s been a great five days at the festival. I met a lot of super great people, reconnected with folks I met ages ago and talked to a few Squamishclimbing.com users. I heard some great feedback about site from a lot of people and I look forward to bringing in the changes when I can. If you have any more thoughts drop me a line.

I’d like to thank Laura Ferguson and her crew at Arc’teryx  for putting on a great festival. As well a big thanks to Ivan Hughes of Fringe Filmworks who produced the event and all the volunteers and sponsors for a working hard to pull off a quality program.  Until next year – happy, safe climbing everyone.

Some photos from Dyno Comp 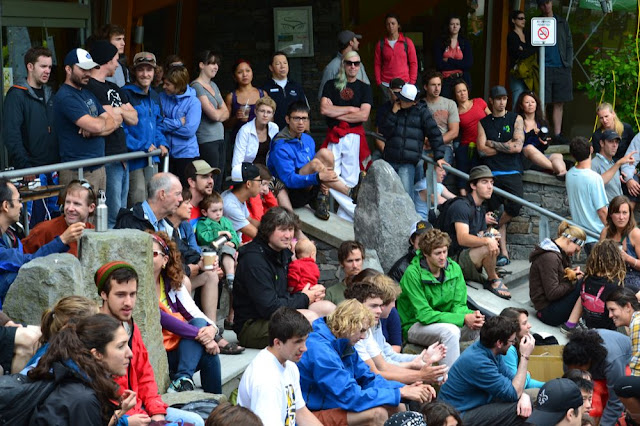 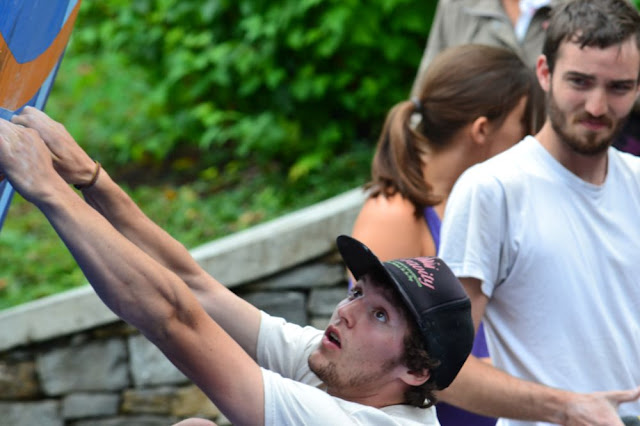 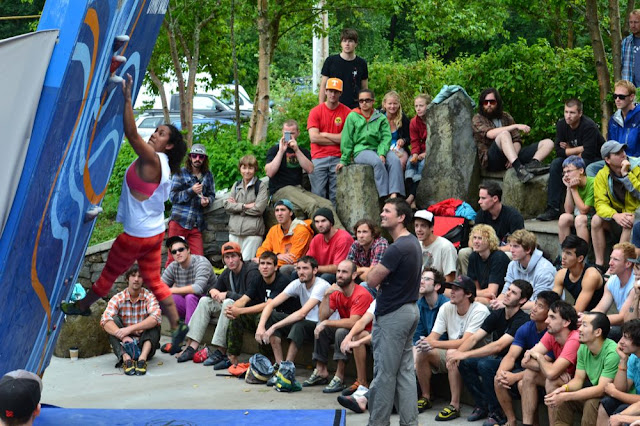 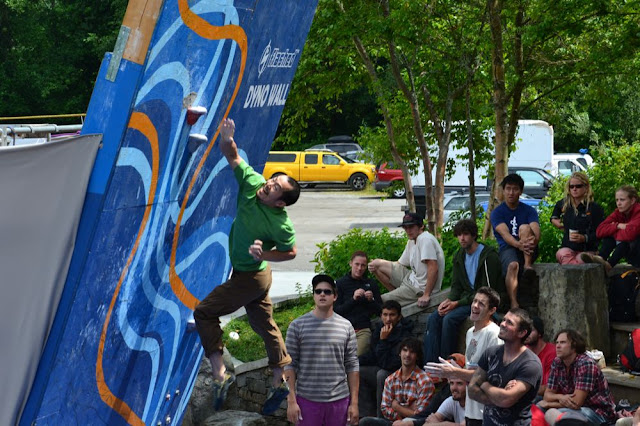 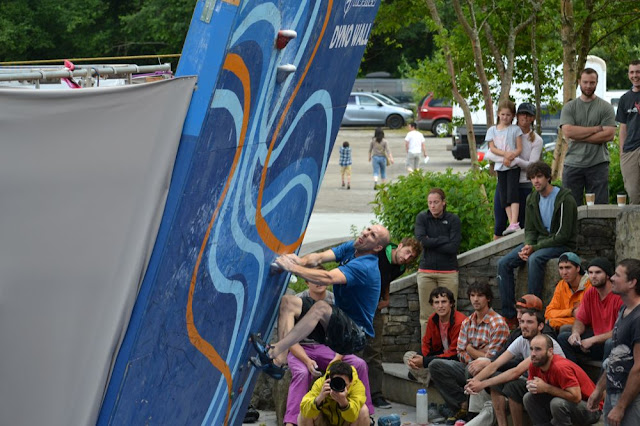 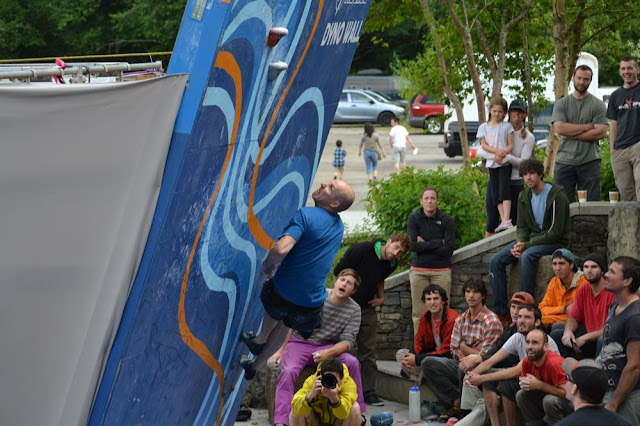 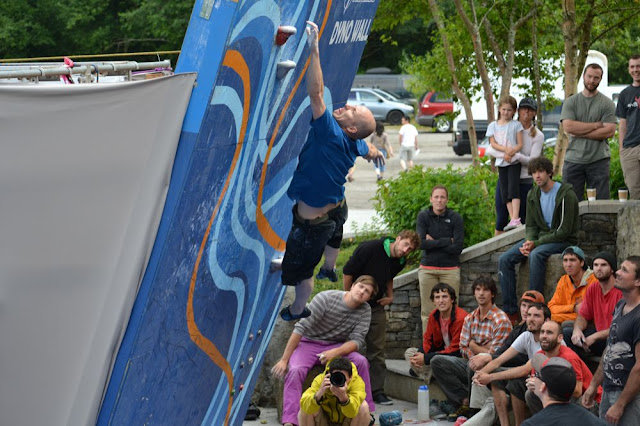 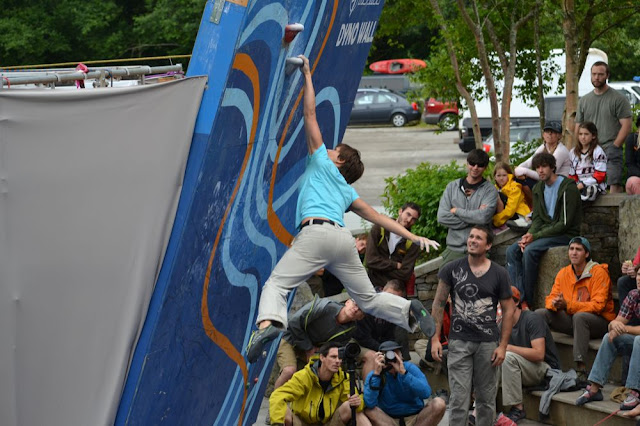 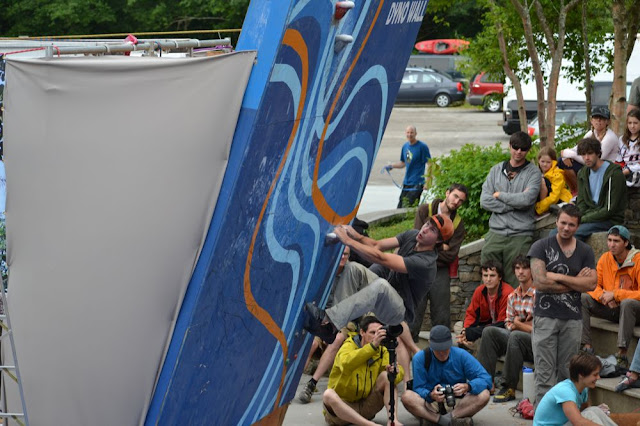 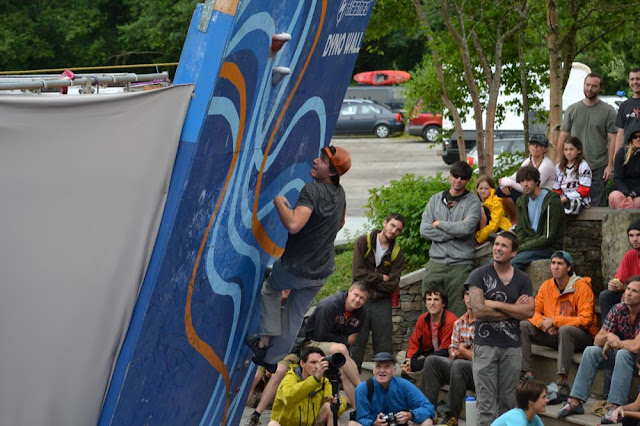 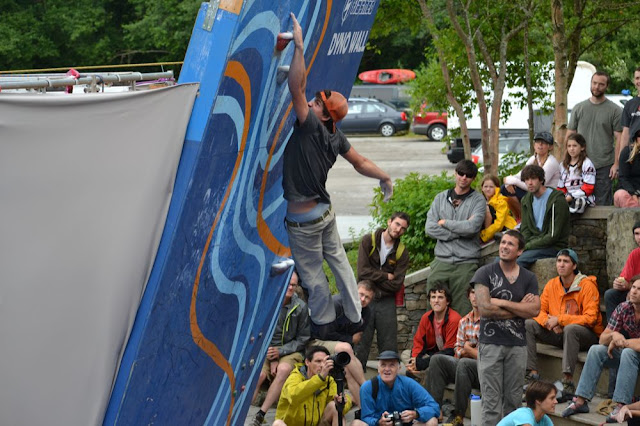 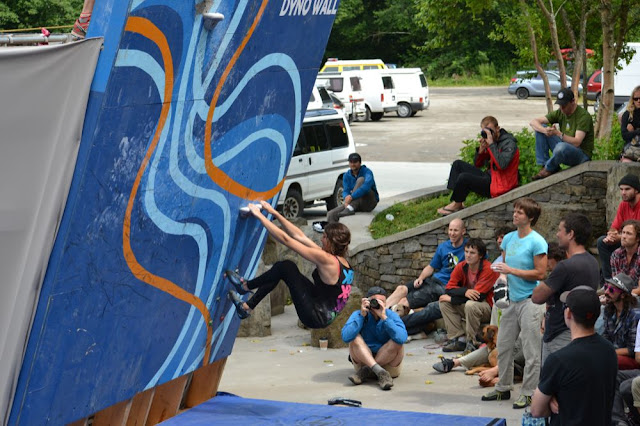 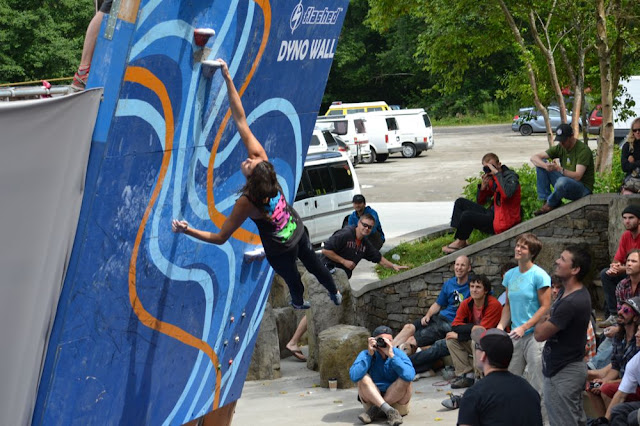 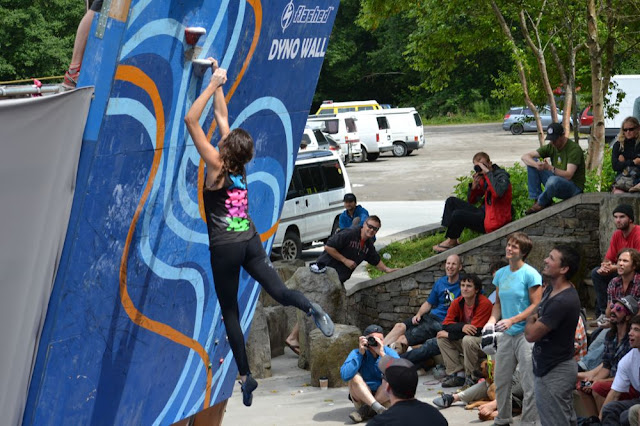 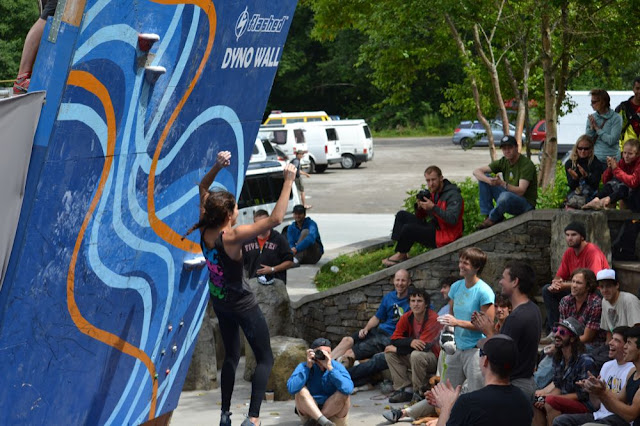 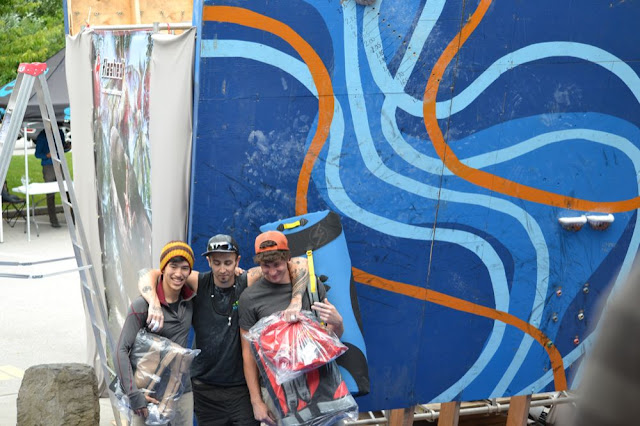