I’ve been doing more climbing than blogging and tweeting for the first two days of the Squamish Mountain Festival. The weather here is fantastic.  I’ve had some great days out climbing a bit more of that later. First, it’s time to recap some of the great films, and presenters the last couple of nights.

This was locals night and a couple of films shot in Squamish provided a great segue into some great slide shows and presentations by Squamish residents.

The highlight for me was hearing Glenn Woodsworth talking about the early days of climbing in Squamish. We’re talking the early and mid 1960s.  Glenn had some great photos I had never seen before of people like Hamie, Lief Patterson, Tim Auger and others.  He also introduced the film University Wall, about the first ascent of the climb, it included some great footage of UBC students scaling campus buildings in the sixties.

Local climber Kinley Altken had some fantastic landcape shots of the Chief from the water in her presentation. The granite dome looked golden in the evening light bouncing off the water.

Perry Beckam and Brad Zdanivsky were also on the program but didn’t make an appearence, too bad. Jeremy Frimmer however was there and the audience got more of the back story about motivations and rewards that drove Jeremy to develop some great moderates climbs. Although he’s moving to Winnipeg he has left behind a legacy and challenge for others to contribute their own climbs for the climbing public.

He wasn’t on the program but his timing was bang on when he drove into town Thursday afternoon. That evening the National Geographic Film, The Man Who Can Fly which is about his winged-suit flight from the top of Mt Bute in BC was the feature film. Squamish locals and filmmakers Christian Begin and Bryan Smith with camera, producing and rigging help from Jim Marinello, Matt Maddaloni and Damie Kelly made this stunning and emotive film. The discussion and audience Q&A afterwords was equally engaging. I wish I was not so tired now to remember some of the finer points made but it was very interesting to hear Dean’s philosophy and spiritual motivations behind what he does. Dean’s dog Whisper was there, the dog seems to be Dean’s constant and perhaps closest companion. He was even featured in the film. I think it was telling about how Dean values life and his care for others when in the film, Whisper the dog is wearing a life jacket for the sailing portion up Bute Inlet. Here is a guy who in the film slack-lined, ropeless across the South Gully and free-soloed a section of El Cap, but puts a life jacket on a dog.

That’s about all for now. Here are some photos over the last couple of days. 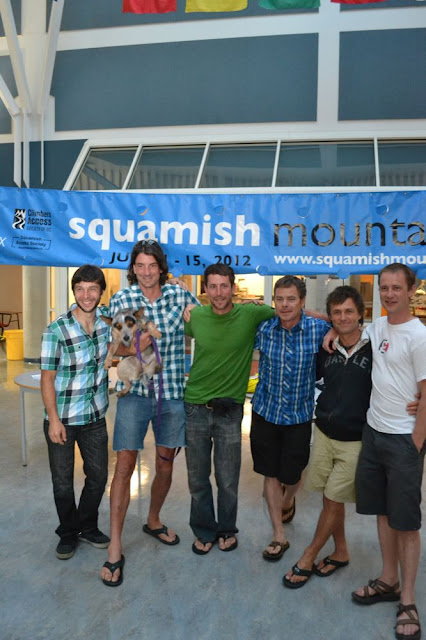 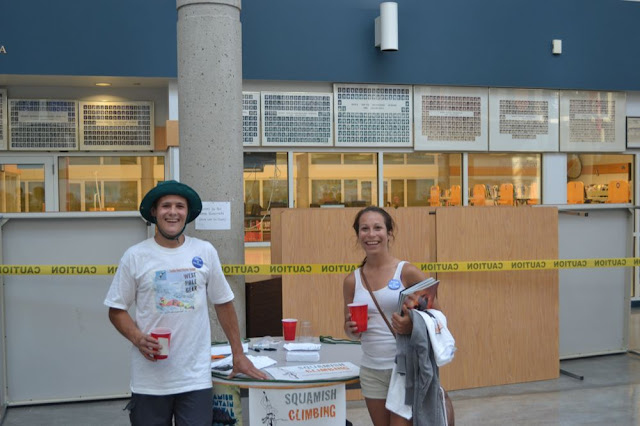