I had wanted to climb Deadend Dihedral ever since I first saw a photo of the first pitch featured in a magazine when I was 15 but had never gotten around to actually trying the thing until this year. My girlfriend and I walked up to the base only to find grass and moss plugging up the thin seam so we climbed the 'Facade' and then rapped Deadend afterwards scraping out the crack with out nut tools and returned the next morning. Brette fired the stellar first pitch without much difficulty but when I tried the crux 12b pitch I was unable to make my feet stick to the slab through the copious amounts of dirt and moss that were hiding the delicate smears, we rapped.

The next morning we returned with a wire brush and I led the first pitch, which truly has to be led to be fully appreciated, then I scrubbed the 12b crux until it was clean and shiny like new. After feeling the holds and figuring out our sequences we both fired the pitch and continued up the stellar corner above. Brette managed to reach out and clip the final belay from some tiny feet just short of the final arete, technically onsighting the pitch by most people's standards, and I just barely managed to step all the way to the ledge on the arete seconding the pitch onsight.

As we rapped we gave the whole route a thorough cleaning so it is in primo shape for sending! It is a four star line and we both highly recommend it!

While the line appears thin and scary we thought the gear was bomber and easy to place and the line does not warrant a PG-13 or R rating. Have fun!

How was the Facade? any gear recommendations or other beta, is it sandbagged?
Top

Nice. Brownie and I saw the two of you last weekend on the façade while we went up sunset strip, which was super fun. Brette killed that awesome looking 10d pitch but I missed you on the 12 as I climbed off. Here's a few shots I got from the belay beside you.

Brette on the Façade 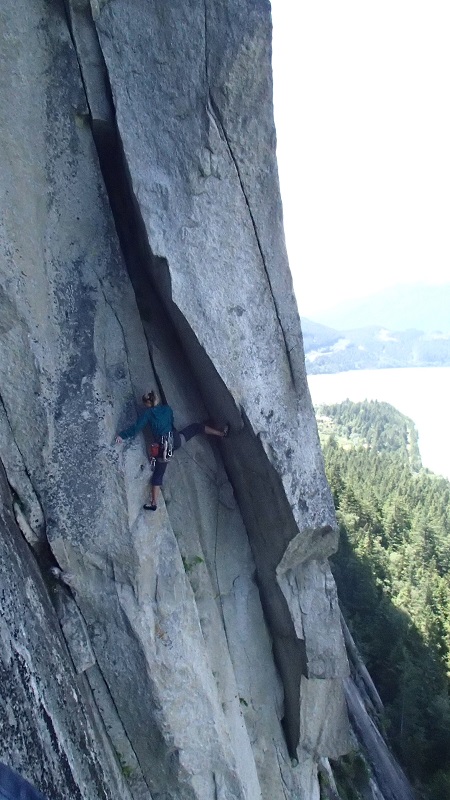 Brette and Mark on the Façade 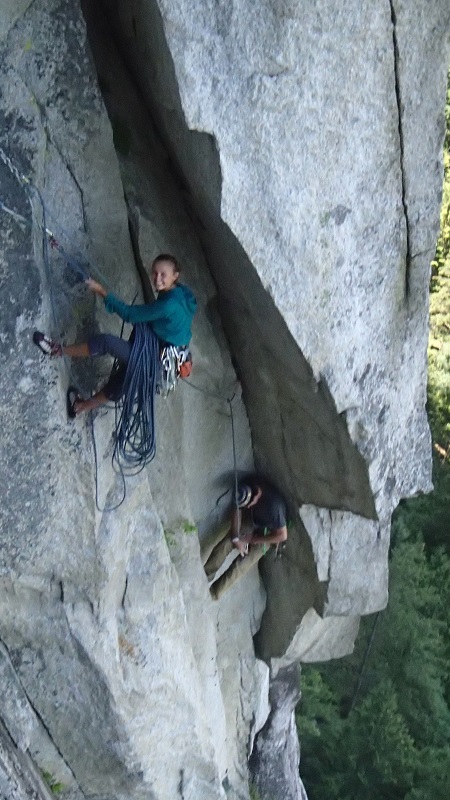 Cool pics kyle. It is a pretty fun little pitch. Way easier for the tall as you can see by Marc's position.
Top
Post Reply
4 posts • Page 1 of 1