The story behind the Rock Climber Carving

Everything and anything to do with climbing in Squamish.
Post Reply
5 posts • Page 1 of 1

The story behind the Rock Climber Carving 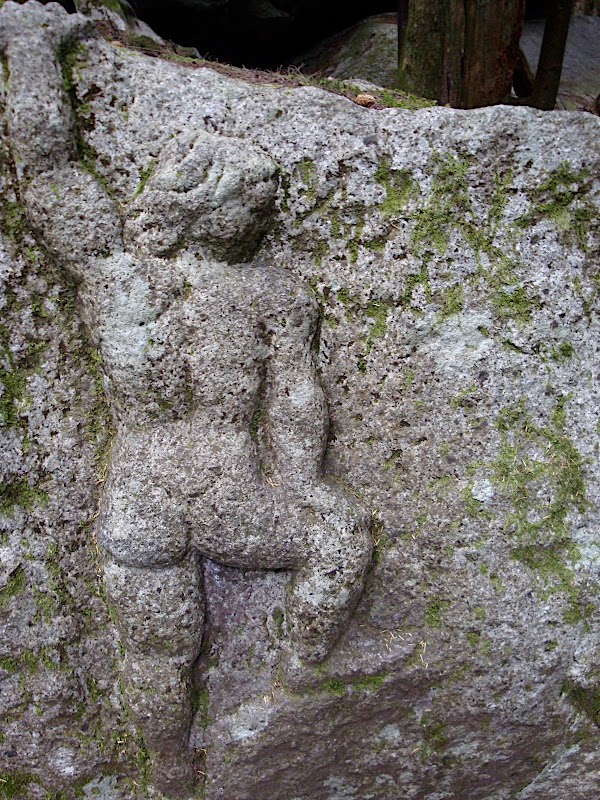 The Rock Climber carving in the Grand Wall Boulder area at the base of the Chief is part of what makes climbing in Squamish so unique. I have heard a lot of people comment on it, saying it’s so cool.
I was unaware of the history of this public art until I came across this website by Keith Rajala over at the Red Lobster Journals. Keith and his crew were out peak bagging and rock climbing since before the the days of Lowe Expedition packs (remember them?) and EBs. There is a trove of local climbing history there and great photos from BITD.

Anyway back to the Rock Climber Carving, Keith received an email from Victor Peterson, the artist’s son.


I was was there in 1969 when the carving was done. I was only about 7 years old at the time and played in the forest with my brothers and sister while my father worked on the rock.

The artist's name is Jack Peterson, He used a five pound sledge with a custom made handle that he carved to fit his hand. His only other tools were a selection of rock chisels, maybe five in total of various sizes.

Many of his other works are in museums and private collections around the world.

He always referred to the carving at the base of the Chief as "The Rock Climber" and was done as a tribute to the many climbers that scaled that amazing rock face. I think he always dreamed of scaling the face himself while he was carving the stone and we spent many days watching the various climbers work their way to the top. He did take the entire family up the back trail one day so we could stand at the top and look down on the Sound. What an incredible view.
Victor Peterson

source: The Red Lobster Journal of 1979

I am kind of surprised to learn that Jack was not a climber. I figured it must have been a climber who carved it as the artist seemed to capture the artistic movement involved in executing a balancy mantel. A quick consult with Google did not turn up anything else about Jack Peterson's art. Does anybody have any more details to add?

What do other people think of this carving?
How does the significance of this rock art, compare to lightning bolt on the Midnight Lightning Boulder problem in Camp Four? And what do you think the reaction would be if it was removed or vandalized as happened to the chalk drawing earlier this year?
Dave Jones - site admin
When you reach the top, keep climbing -- Zen proverb
Top

I have been told that the carving was done in honour of the first 7-man ascent of the grandwall...

You know, the FSMA!

My sources have been known inaccurate on good days, so who knows.
Imaging how much funner this could be with booze and explosives
Top

I heard it was a sculpture of Tami Knight.
Top

"Just after the [Grand Wall] trail begins a charming sculpture of a climber is visible on a boulder to its right. This was carved by Jack Richardson to commemorate a sixteen man ascent of the Grand Wall in 1969."

Jim Campbell's 1985 topo guidebook (page 46) has a drawing of the sculpture, without identifying information.

IIRC, the 'hard core' climbers in the late 1960s and early 1970s occasionally did trips through the Alpine Club of Canada, in effect mass assaults on longer routes. Most of those involved would simply jumar, following along. They did Grand Wall that way, and maybe also Uncle Ben's.

I also have a vague memory that Richardson - not to be confused with Jock Richardson, who did some climbing at Squamish about ten years later - was from Woodfibre.
Top
Post Reply
5 posts • Page 1 of 1